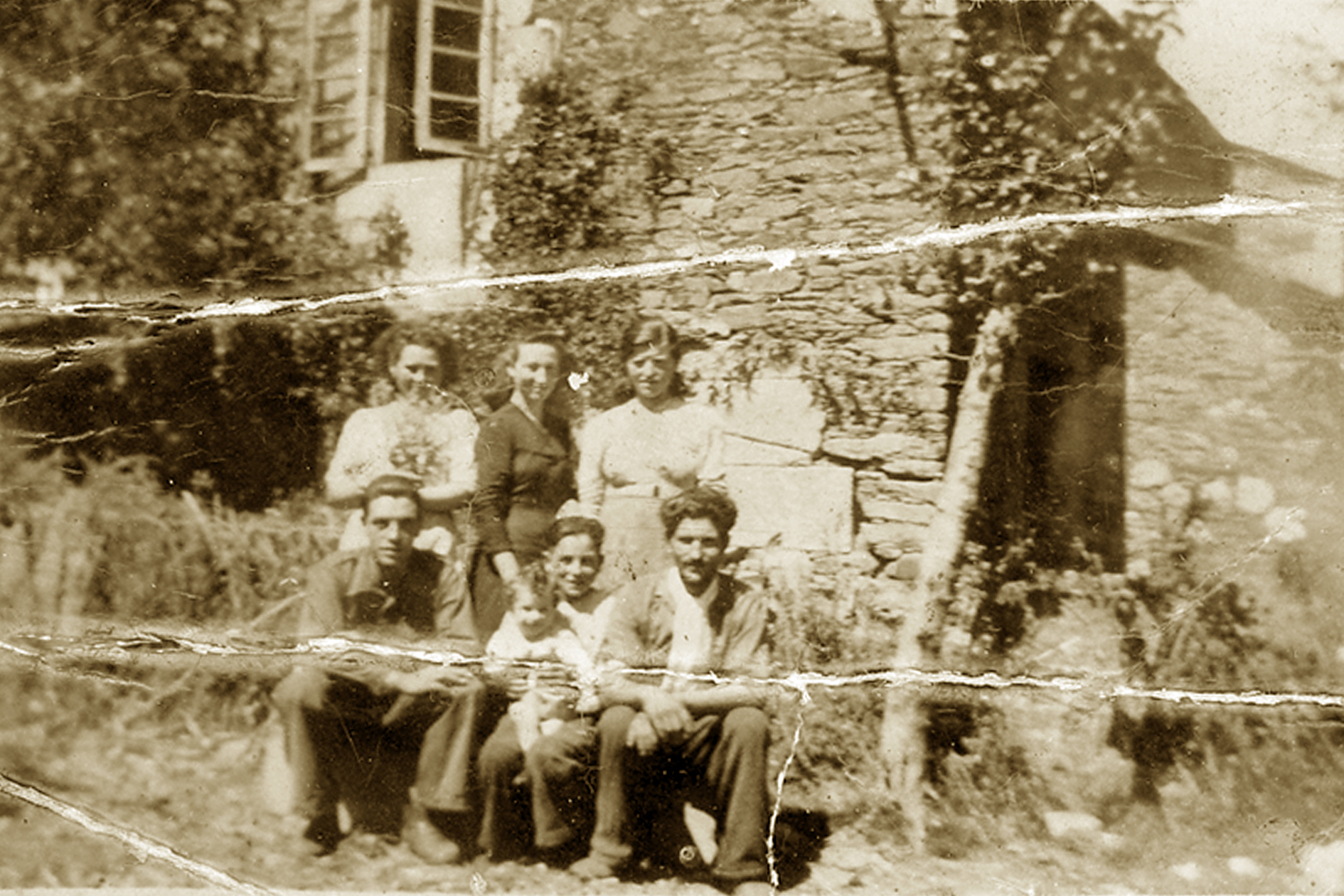 The documents preserved for centuries in the house refer to the name of Lorenzo Andrés da Balsa as eponymous ancestor of the family, assuming that the by-name of Lourán derives from Lourenzo, who lived between the end of the 18th century and the beginning of the 19th. A document from 1827 contains another relevant name, that of Salvador Antonio González Rodríguez, born in the parish of Vilalba, and who came to As Restrebas after marrying María Balsa Lorenzo, daughter of Luis da Balsa, who we think was the brother of the above-mentioned Lourenzo and of Dominga Lorenzo. The marriage between Salvador
González, who introduced the surname González for the successive descendants of the Louráns, and María Balsa, can be considered as the starting point of the genealogy of the family.

We won’t dwell upon the branches of a genealogical tree that keeps opening out and growing like the big chestnuts that shelter the house from the wind. Taking a small leap in time we get to the beginning of the 20th century, when the hay loft was built and engraved as follows: “BUILT BY SALVADOR GONZALEZ AND HIS SON ANGEL G. COUTO BEING MASTER HIS NEPHEW ANGEL G. PAZ. YEAR OF 1917”. We need to consider that the house would have already undergone numerous enlargements during the 19th century. 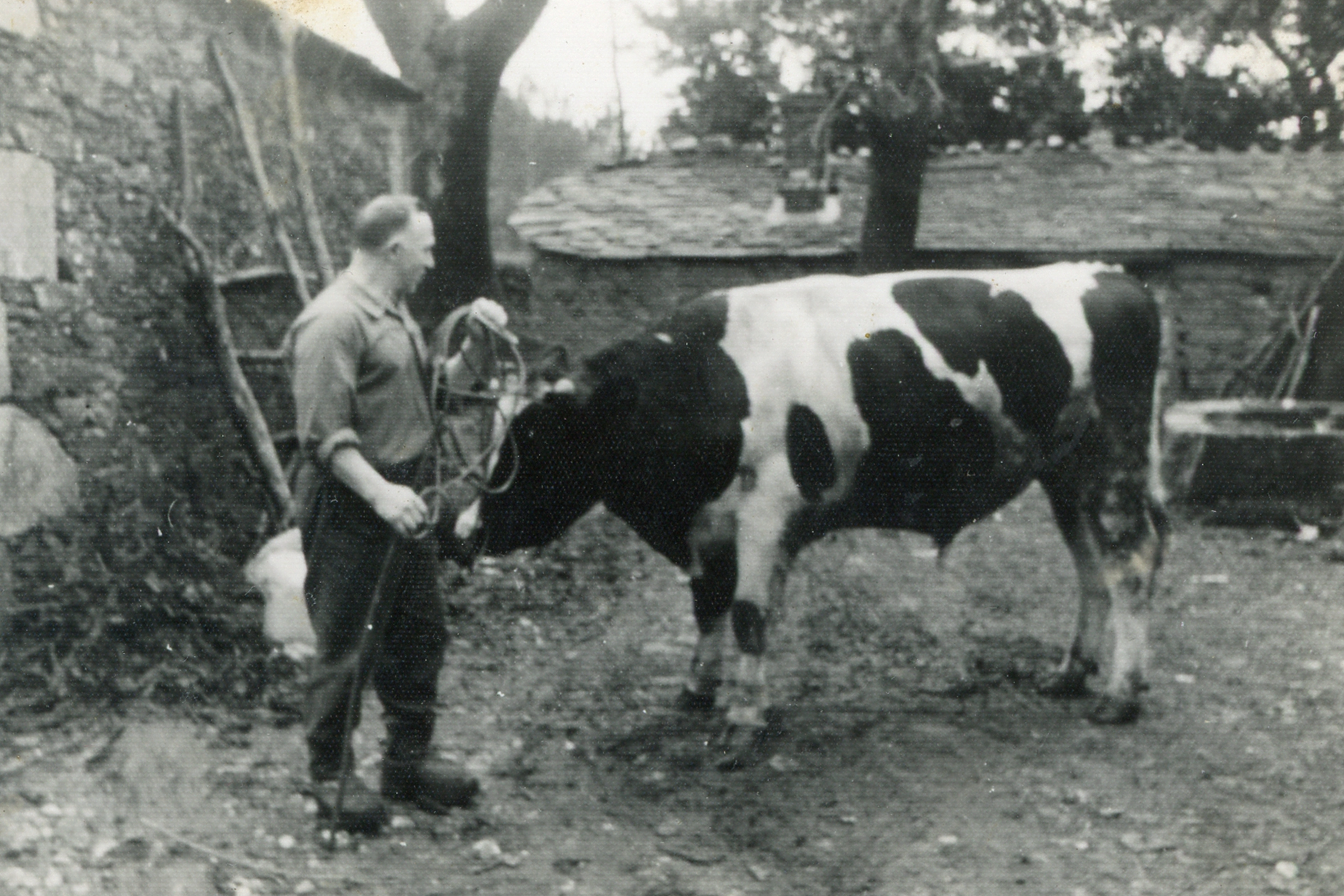 Ánxel González Couto, married to María Juana Carballeira Silva, born in Gandarela, Labrada, comes now into play. Their portraits preside over the living room. Ánxel was known in the region as “señor Restrebas” (lord Restrebas), “vello Restrebas” (old Restrebas) or “Lourán vello” (old Lourán), and is remembered as a strong-willed man. His son Antonio González Carballeira, known as Antón de Lourán and married with María Juana Amenedo, was the one who kept the house. Antón had his workshop in the Paneira, of which the lathe and numerous curiosities are still preserved. He is also said to have been a stubborn man and keen on partying. Grandma María was a quiet, gentle and hardworking person. These marriages opened the doors of the house for anyone to go in and have lunch or tell a story. Over time, Casa Lourán underwent changes and new projects were carried out such as the increase of livestock numbers and the specialization in dairy production cattle, which had been imposed by the needs created by the economic transformations of the sixties. Nowadays, the production of cottage cheese as our own speciality is still one of the activities of the farm.

Casa Lourán opened its doors to the public in 2001. Ever since, the chimney of Lourán has been smoking but it is mainly the human warmth accumulated over the centuries that defines the essence of our House, which welcomes all those who want to come over.